Loitering munition unmanned aerial system ST-35 “Silent Thunder” is a weapon system in which the munition loiters around the target area for some time, searches for targets or use reconnaissance data from other sources, and attacks once a target is located. Loitering munitions enable faster reaction times against concealed or hidden targets that emerge for short periods without placing high-value platforms close to the target area and also allow more selective targeting. Having a vertical trajectory of target attack Silent Thunder can destroy the target in a densely built urban area with minimum risk of harm for civil human, infrastructure and minimize the level of collateral damage.

ST-35 “Silent Thunder” was developed using modern technological solutions and designed to improve operational capabilities and the level of radar, visual and acoustic invisibility. Long-term experience in development, production, support of a life cycle of the military purpose unmanned systems, widely applied in military conflicts, was used during this system creation.

ST-35 “Silent Thunder” can use a wide range of warhead types (high explosive, thermobaric, incendiary, cumulative) for accuracy hitting of important targets and critical infrastructure, including Radars, EW systems, elements of communication and control systems, ammunition, and fuel depots, suppression of firing points, etc. The X-layout biplane scheme is best suited for such purposes and guarantee high rates in horizontal flight and in targets hitting. The system is designed to be carried in backpacks and has a mission set of 3 loitering munitions that can be carried by the unit of three people in three backpacks each ~15+ kg.

To increase the duration and range of the flight, the system uses a multirotor UAV, designed for the vertical launch of loitering munition and further relay of control signals and payload data. 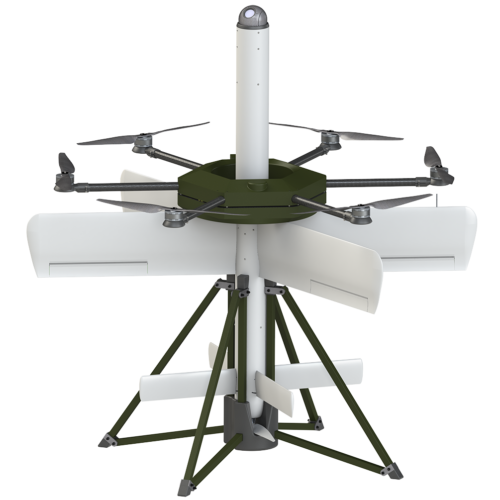 Probability of hitting the target

Vertical take-off with a multi-rotor 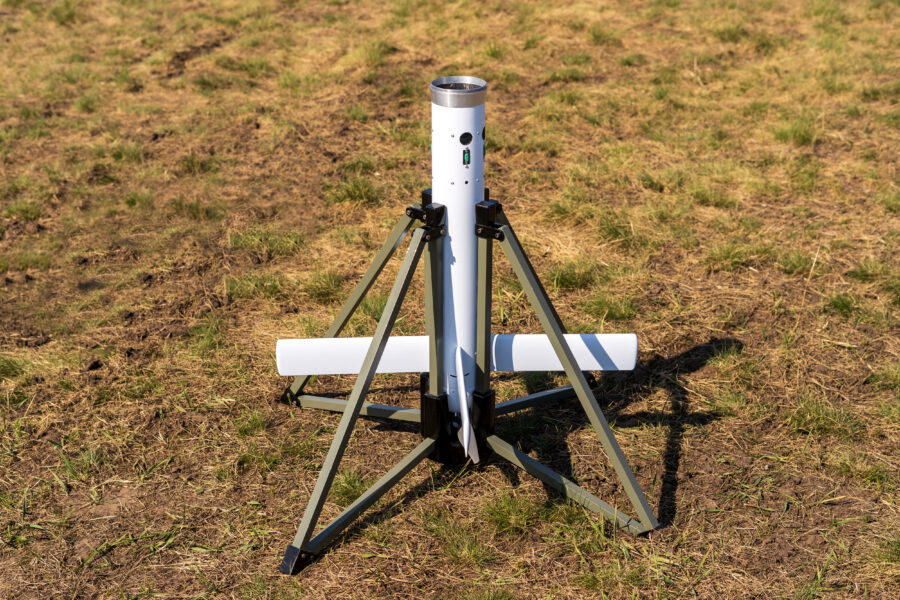 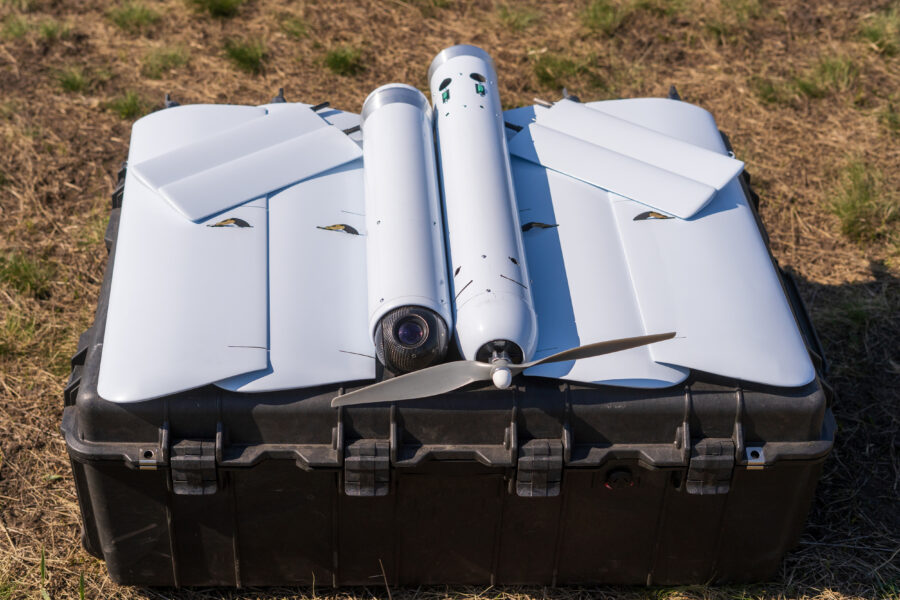 ANTENNA SYSTEM & GCS PREPARATION. UAV LAUNCH
Raising the mast with the antennas upright
↓
Connection the cables of the antenna system to the GCS
↓
Carrying-out pre-flight systems checking
↓
UAV & multirotor switching-on
↓
Launching
↓
Aircraft & multirotor rising up at an altitude of 400-600 m
↓
Undocking of loitering munition that goes into horizontal flight at the target 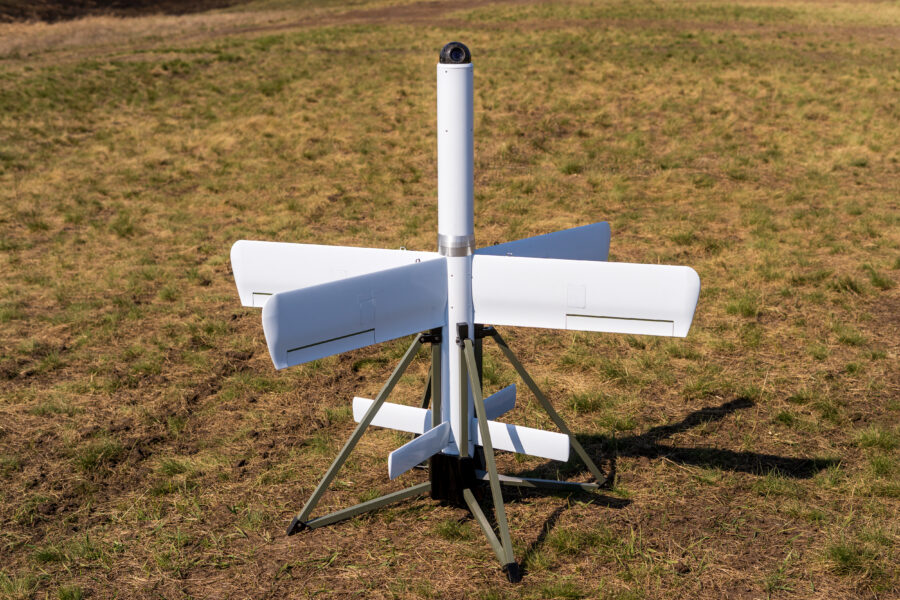 MULTIROTOR RETURN, REPLACEMENT OF MODULES. RELAY LAUNCHING
Multirotor returning
↓
Replacement of the dropping module with the relay module with antennas
↓
Launch and raising of the multirotor to a height of about 1 km
↓
Relay signal from the operator to the UAV 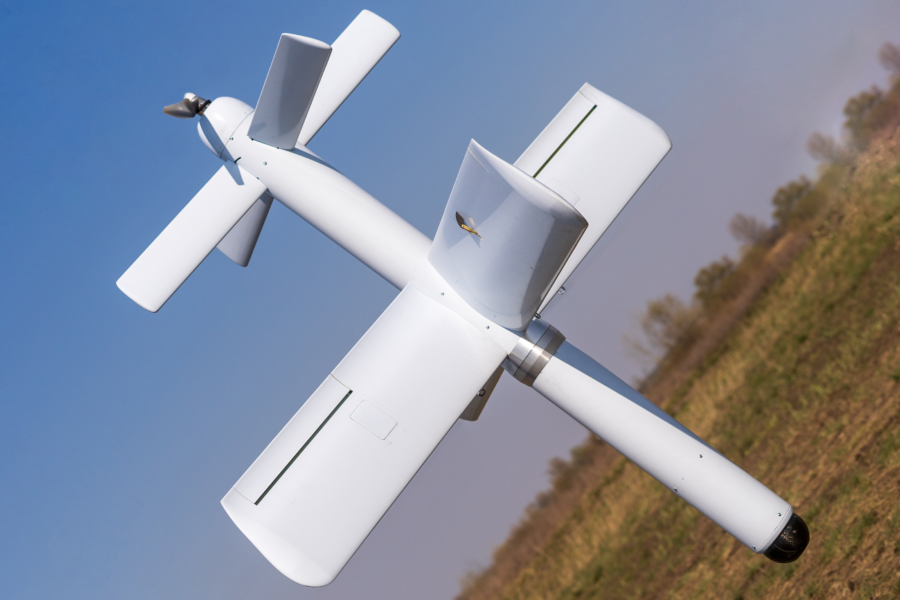 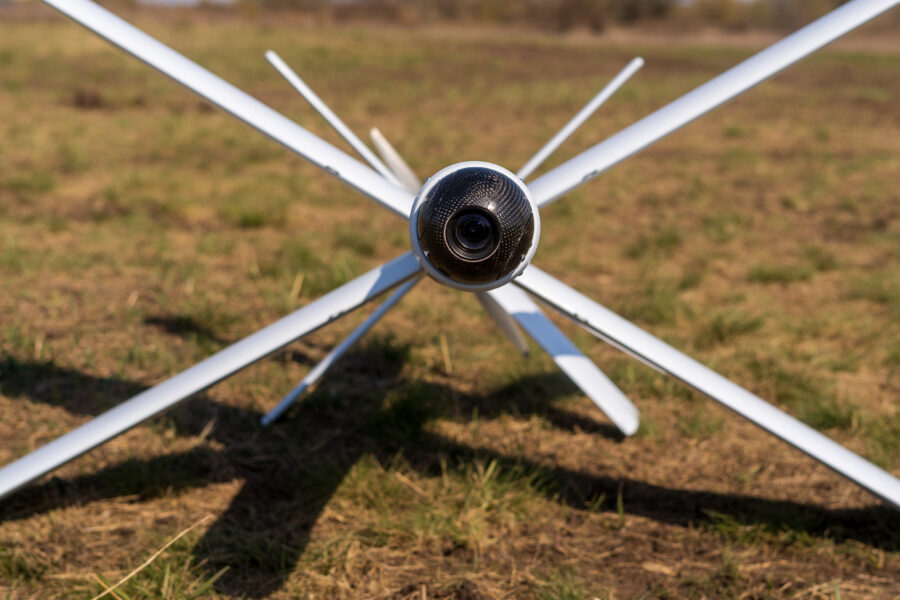 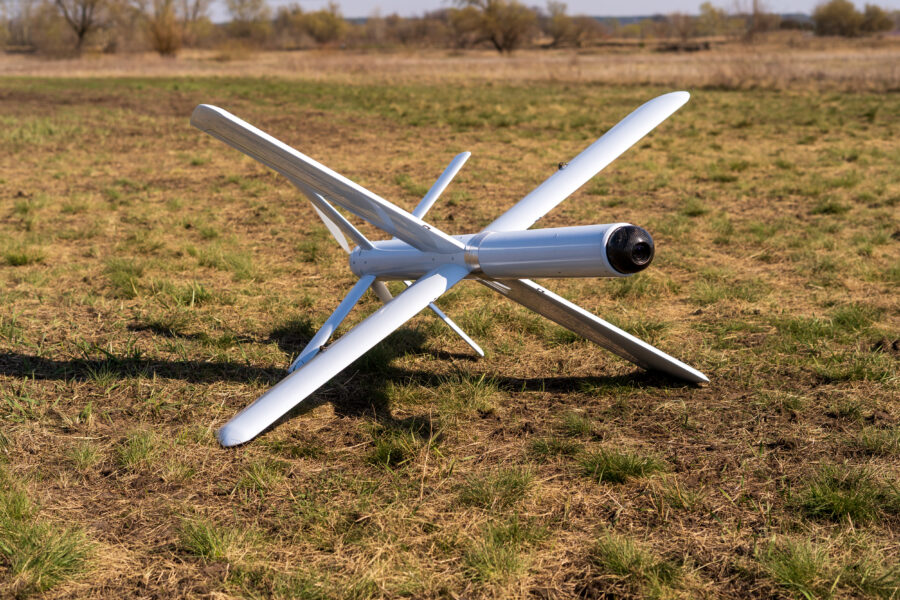 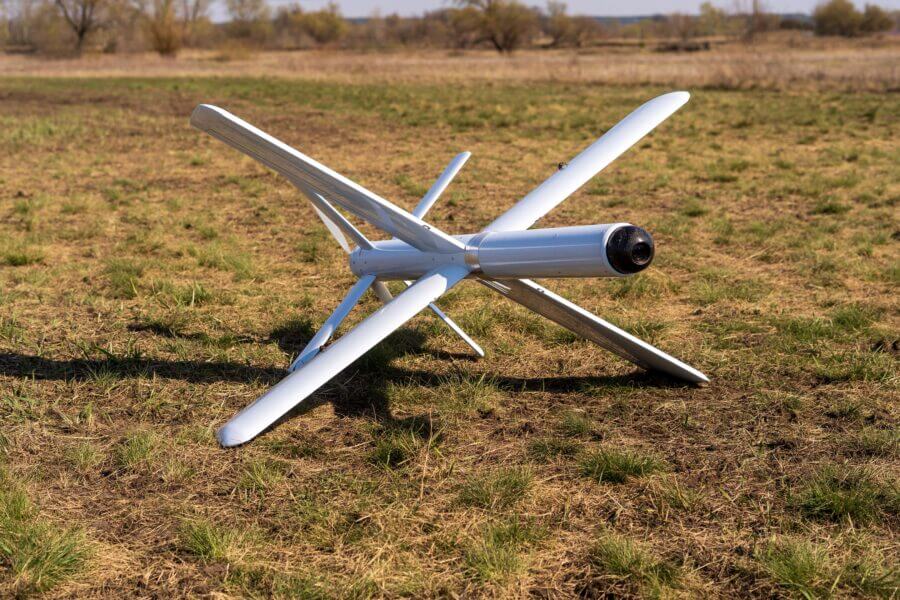